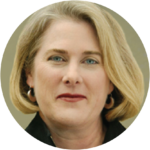 What a difference a year makes. In closing its 2015 year, IHS executives’ message to the market was “steady as she goes” despite the free fall in crude oil prices already roiling the firm’s business in the energy market. IHS finally hit the wall. After swallowing over 60 companies since its IPO in 2005, the challenge of integrating brands across multiple dimensions sales execution, cross-industry and vertical marketing, workflow platform, internal content engines and business systems – coupled with the energy market tanking – proved to be too much.  Jerre Stead came back into CEO role, with Scott Key summarily departing within months after “steady as she goes.” The extraordinary GlobalSpec brand, with a following of 7 million engineers, subsumed under IHS Engineering 360 and then put on the block. The RL Polk acquisition a huge opportunity for scale and potentially transformative in the automotive vertical, but the growth in automotive and industrials not enough to turn the ship. The dire need for operational efficiencies as 2015 got worse and worse showed IHS’s true stripes – a company that excelled at acquisition, less so at integration, and not at all in building the muscle to drive organic growth when times get tough. A firm that built its brand by going deep, deep in verticals and posed to continue filling in and owning the intersection of its vertical markets with the horizontal and even the 3-D view of value chain from data, data, data all the way to highly analyzed insight and full-on consulting is now in a “merger of equals” with Markit that will flip the IHS Markit cost structure and HQ to London. Mr. Stead will retire at the end of 2017 and hand the reins to Markit CEO Lance Uggla and the team that built Markit out of the ground in 2003 to a $1.1 billion company today. Out with the old IHS – a powerhouse in its heyday – and in with the new guard, which may prove agile enough to offset the losses in the energy market and drive data analytics GRC solutions into the majority of the world’s Fortune 1000 companies on the platform that IHS built. IHS has traditionally played “after R&D,” where design goes into product/manufacturing and engineering up through to the supply chain and out to market. The firm has served manufacturing, engineering, supply chain, risk, and planning executives, and it will be interesting to see what IHS Markit can do to go further up the lifecycle and deeper into GRC, and whether extending from little R & big D remains a sweet spot the firm continues to own.

Receive our curated list of breaking information industry headlines delivered to your inbox every morning.